Showing posts from November, 2013
Show all

Allegiant by Veronica Roth My rating: 2 of 5 stars Strangely, I wasn't bothered by the capital E Ending. In fact, I really liked it. What bothered me was pretty much everything else. Let me start out by saying that I loved Divergent. It was one of the better YA dystopian novels, and what I respected the author for in that book remains true for this one - bad things happen to the main characters. There is no almost-but-not-quite-in-harm's-way business here - people take a beating physically and emotionally, and you really can't say that a character is going to magically get through something just because they are an important/main character. No one is safe, and I really liked that since it seems like a lot of YA books tend to pull out all the stops to magically keep characters from ever actually getting hurt or dying in situations where they should (Julie Kagawa's Iron Fey series being a prime example). This is one of the reasons I really liked the ending tha
1 comment
Read more

Title:  A Feast for Crows Author:  George R.R. Martin Genre: high fantasy, adult fiction My rating: 4 of 5 stars Goodreads Summary: With A Feast for Crows, Martin delivers the long-awaited fourth volume of the landmark series that has redefined imaginative fiction and stands as a modern masterpiece in the making. After centuries of bitter strife, the seven powers dividing the land have beaten one another into an uneasy truce. But it's not long before the survivors, outlaws, renegades, and carrion eaters of the Seven Kingdoms gather. Now, as the human crows assemble over a banquet of ashes, daring new plots and dangerous new alliances are formed while surprising faces—some familiar, others only just appearing—emerge from an ominous twilight of past struggles and chaos to take up the challenges of the terrible times ahead. Nobles and commoners, soldiers and sorcerers, assassins and sages, are coming together to stake their fortunes...and their lives. For at a feast for cro
Post a Comment
Read more

Top Ten Tuesday is a meme hosted by  The Broke and the Bookish . This week's theme: Top Ten Books I'd Recommend To X Person This one is a little hard, since I just posted my list of science fiction recommendations for people who don't usually read sci-fi. There are books I really love and recommend to almost everyone I meet, but those books are the ones on my favorites tab and you can find those any time. Hmmmm... I think I'll recommend fairy tale retellings, because everyone has read and loved fairy tales at some point in their lives! Here goes... 1. Beastly by Alex Flinn - This is a modern retelling of Beauty and the Beast, and it was pretty entertaining. Alex Flinn always manages to work in a lot of humor into her retellings, and this one also featured a main character who went through quite a transformation as the book progressed. I really enjoyed it! 2. Cinder by Marissa Meyer - This is a retelling of Cinderella and features a plagu
4 comments
Read more

In case you're just joining, November is Sci-Fi month! I'm part of a bunch of blogs that are putting the spotlight on science fiction, hosted by Rinn Reads . Today's post takes a look at elements of science fiction that have now become a reality. Jetpacks  - We don't have the kind that can power off and take you across the country yet, but we did develop the Bell Rocket Belt in the 1960s, a jetpack that is powered by hydrogen peroxide. Unfortunately you could only fly for 20 seconds at a time. Currently there's a Martin Jetpack, developed by Glenn Martin from New Zealand, which can fly for half an hour. The catch? It weighs over 100 pounds. Cell phones - Star Trek featured futuristic hand-held communication devices to talk to people all over the world. And now cell phones are a reality! It's hard to imagine that they were ever even the stuff of fiction. Teleportation - Like the jetpack, we technically have the technology for teleportation - just
4 comments
Read more 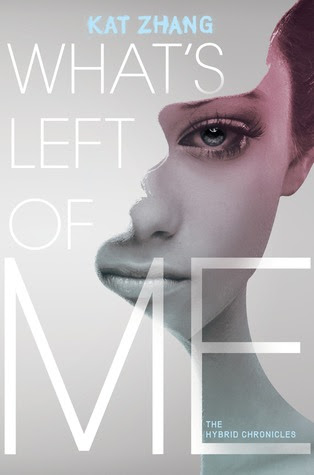 This is for all of you who are scared to dip your feet into the ocean that is sci-fi. Whether it's because you aren't into spaceships or aliens, or if it's because you think it's too technological, intellectual, or depressing, I have something for you! Science fiction is just so varied that there really is something for everyone. If there's anything in particular you are looking for, just ask and I'll do my best to recommend something for you! Biological sci-fi (for those of you who don't like spaceships or physics or robots, but don't mind medical terms or think genetic engineering is cool) This one is set in a world where people are born with two souls and one fades away over time. But what happens when your other soul never really goes away? The story is very character-centric and there's a bit of medical terminology, but I would call it sci-fi lite. If you are really not deterred by medical jargon and virological/biological r
10 comments
Read more

Review: More Than This 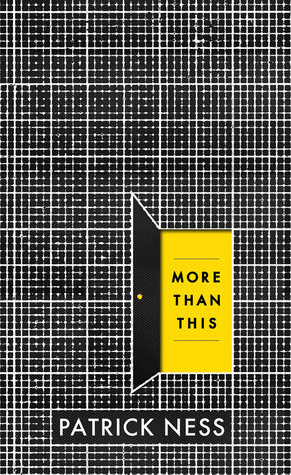 Title:  More Than This Author:  Patrick Ness Genre: Science fiction, Young adult My rating: 4.5 of 5 stars Goodreads Summary: From two-time Carnegie Medal winner Patrick Ness comes an enthralling and provocative new novel chronicling the life — or perhaps afterlife — of a teen trapped in a crumbling, abandoned world. A boy named Seth drowns, desperate and alone in his final moments, losing his life as the pounding sea claims him. But then he wakes. He is naked, thirsty, starving. But alive. How is that possible? He remembers dying, his bones breaking, his skull dashed upon the rocks. So how is he here? And where is this place? It looks like the suburban English town where he lived as a child, before an unthinkable tragedy happened and his family moved to America. But the neighborhood around his old house is overgrown, covered in dust, and completely abandoned. What’s going on? And why is it that whenever he closes his eyes, he falls prey to vivid, agonizing memories that s
Post a Comment
Read more

Top 5 Sci-fi worlds I'd want to live in

Sci-fi month continues, and today I'd like to share the top 10 worlds from science fiction books/movies/tv shows that I would want to live in. Some worlds are really cool because of the technology, and others just sound awesome! In no particular order... Pandora from James Cameron's Avatar - This world was just so beautiful, and I really liked that the culture of the native people centered around harmony and interconnectedness. Wouldn't it be cool to go touch a tree and then know anything you needed to know? New World from Patrick Ness' Chaos walking trilogy - giant inter-cultural/inter-species war aside, this world is a lot like our own except for the Noise. The Noise is pretty much someone's unfiltered thoughts circling around for everyone to see - Noise is distinct for different people, and ideas can travel through people's Noise. All the animals talk too! I would love to be able to hear what my hypothetical pet dog was saying. The only c
2 comments
Read more

Top Ten Tuesday is a meme hosted by  The Broke and the Bookish . This week's theme: Top Ten Sequels I Can't Wait To Get My Hands On Not all of these are new releases - some are books that I really want to read but haven't gotten around to yet. In no particular order.... 1. Unwholly by Neal Shusterman (book 3 in the Unwind series) 2. Champion by Marie Lu (book 3 in the Legend series) 3. Siege and Storm by Leigh Bardugo (book 2 in the Grisha series) 4. The Dream Thieves by Maggie Stiefvater (book 2 in the Raven Cycle) [no cover available yet] 5. Mortal Heart by R.L LaFevers (book 3 in the Grave Mercy/His Fair Assassin series) 6. Cress by Marissa Meyer (book 3 in the Lunar Chronicles) 7. Dreams of Gods and Monsters by Laini Taylor (book 3 in the Daughter of Smoke and Bone trilogy) 8. MaddAddam by Margaret Atwood (book 3 in the Oryx and Crake/Maddaddam trilogy) 9. Ruins
7 comments
Read more
More posts