Showing posts from January, 2015
Show all

The first month of my year-long bingo challenge is over! I feel like it flew by, but it turns out I read a couple of books that fit my card without even trying :D If you want to join in the Bingo challenge at any time, you can find the original card and instructions here . You can fill out one line to make a bingo, or try and fill out the whole card. This is mainly geared towards Science fiction and Fantasy, but you can use whatever genre you want! Here's my progress so far: 1. 2nd book in a series: Crown of Midnight by Sarah J Maas *****  I'm glad I stuck with this series because I LOVED THIS BOOK. Full review here ! 2. POC main character: The Many Lives of Ruby Iyer by Laxmi Hariharan *** The author of this book requested that I review it, and it sounded really cool: a pseudo-dystopian society based on the city of Bombay. The main character, Ruby, and in fact all of the characters are Indian or of mixed origin. Look out for my full review of this
2 comments
Read more 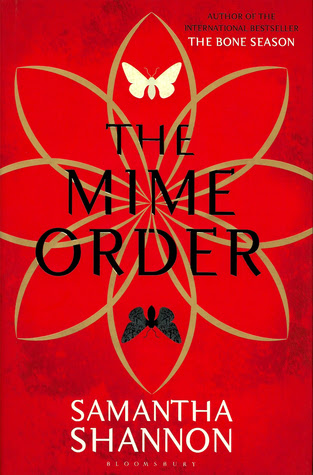 Title:  The Mime Order Author:  Samantha Shannon Genre: Science fiction, fantasy, dystopian, adult fiction My rating: 3.5 of 5 stars Goodreads Summary: Paige Mahoney has escaped the brutal prison camp of Sheol I, but her problems have only just begun: many of the survivors are missing and she is the most wanted person in London... As Scion turns its all-seeing eye on the dreamwalker, the mime-lords and mime-queens of the city's gangs are invited to a rare meeting of the Unnatural Assembly. Jaxon Hall and his Seven Seals prepare to take centre stage, but there are bitter fault lines running through the clairvoyant community and dark secrets around every corner. Then the Rephaim begin crawling out from the shadows. But where is Warden? Paige must keep moving, from Seven Dials to Grub Street to the secret catacombs of Camden, until the fate of the underworld can be decided. When I picked up this series, I was really curious and excited about a world that was full of clairv
2 comments
Read more

Title:  Blue Lily, Lily Blue Author:  Maggie Stiefvater Genre: Young adult, fantasy, magical realism My rating: 4 of 5 stars Goodreads Summary : There is danger in dreaming. But there is even more danger in waking up. Blue Sargent has found things. For the first time in her life, she has friends she can trust, a group to which she can belong. The Raven Boys have taken her in as one of their own. Their problems have become hers, and her problems have become theirs. The trick with found things though, is how easily they can be lost. Friends can betray. Mothers can disappear. Visions can mislead. Certainties can unravel. I think The Dream Thieves is my favorite of the series so far (RONAN) but BLLB was excellent as well. This was the first book of the series that I read on audio, and the narrator did a fantastic job with all the characters. I finally know what a Henrietta accent sounds like! Blue Lily, Lily Blue picks up almost immediately where The Dream Thieves left
Post a Comment
Read more

Top Ten Tuesday is a meme hosted by  The Broke and the Bookish . This week's theme: Freebie!   Top Ten Fantasy Subgenre recommendations Remember that sci-fi subgenre flowchart that I made for Sci-Fi November 2014? It had such a great response that I was inspired to make one for fantasy too. It just hasn't happened yet. Today I'm taking a step towards actually making that flowchart by listing different subgenres of fantasy and some of my recommendations for them. These are both if you're new to the genre entirely or are looking for good books in subgenres you don't usually read. I've attempted to list a classic and a contemporary novel for each , but I don't think I've read quite enough to be able to fill out all of the categories. This list is by no means exhaustive! Here goes!   Epic Fantasy     Urban fantasy   Sword & Sorcery       Portal Fantasy     Magical
19 comments
Read more

Review: Half the World 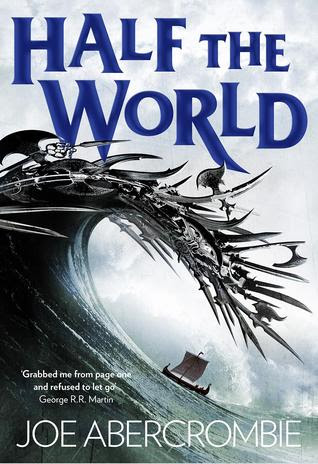 Title:  Half the World Author:  Joe Abercrombie Genre: Fantasy, young adult (more like crossover) My rating: 4.5 of 5 stars Goodreads Summary (SPOILERS FOR BOOK 1) Sometimes a girl is touched by Mother War. Thorn is such a girl. Desperate to avenge her dead father, she lives to fight. But she has been named a murderer by the very man who trained her to kill. Sometimes a woman becomes a warrior. She finds herself caught up in the schemes of Father Yarvi, Gettland’s deeply cunning minister. Crossing half the world to find allies against the ruthless High King, she learns harsh lessons of blood and deceit. Sometimes a warrior becomes a weapon. Beside her on the journey is Brand, a young warrior who hates to kill, a failure in his eyes and hers, but with one chance at redemption. And weapons are made for one purpose. Will Thorn forever be a pawn in the hands of the powerful, or can she carve her own path? Gut reaction upon finishing: Badass women who actually talk to each othe
1 comment
Read more 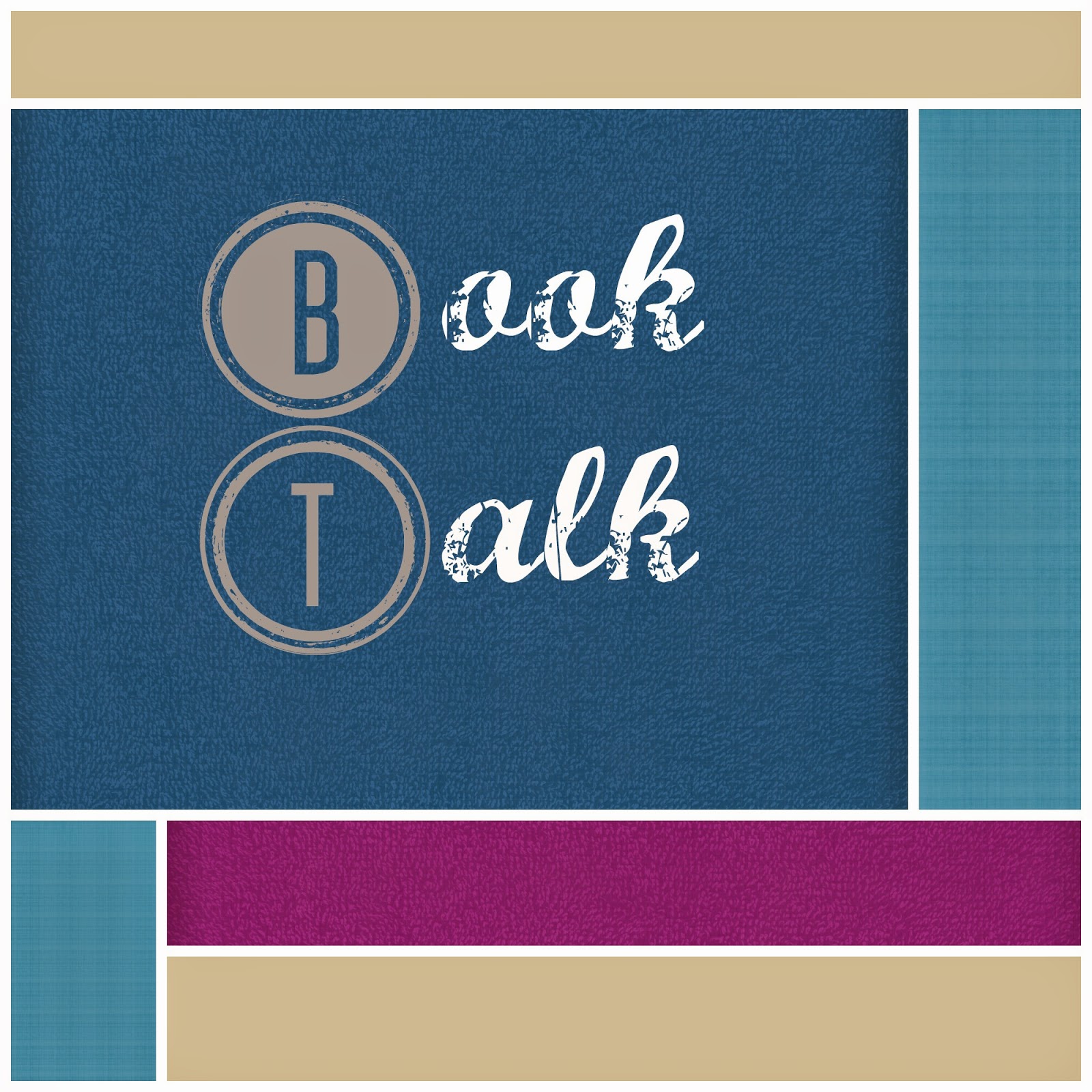 First of all, sorry for being AWOL last week. Life got really crazy, to the point when I was celebrating when I had didn't  have a 12+ hour day. Winter quarter is always the toughest, but this year is the toughest yet! Whenever I did have a snatch of down time in the middle of the day, I'd want to spend it relaxing and doing what I love - reading. No matter how tough life gets or how upset/tired/frazzled I am, books always help calm me down and take me to a happier place. I originally started reviewing books on Goodreads so that I could keep track of my own thoughts on books I'd read. I'm the "bookworm friend" in most of my friend groups, so people come to me asking for recommendations, and it got difficult to remember why I liked a certain book if I had read it a few years ago. Reviews help me keep track of my gut reaction to books, and it's really fun to see how that changes with re-reads. I was already reviewing books for a couple o
11 comments
Read more

Top Ten Tuesday is a meme hosted by  The Broke and the Bookish . This week's theme:  Top Ten 2014 Releases I Meant To Read But Didn't Get To This one is kind of hard because I was pretty good about reading all the books I wanted to. I'm going to include some 2013 releases I wanted to read in 2014, because otherwise I wouldn't have 10 books for my list!
12 comments
Read more
More posts