Showing posts from December, 2013
Show all

Review: The Well of Ascension 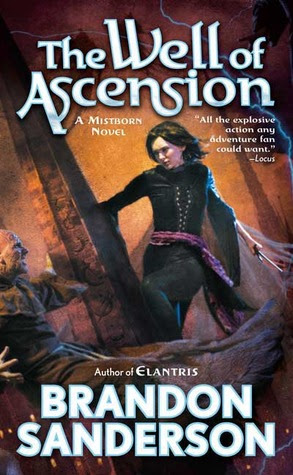 Title:  The Well of Ascension Author:  Brandon Sanderson Genre: Fantasy, science fiction My rating: 3 of 5 stars Goodreads summary: They did the impossible, deposing the godlike being whose brutal rule had lasted a thousand years. Now Vin, the street urchin who has grown into the most powerful Mistborn in the land, and Elend Venture, the idealistic young nobleman who loves her, must build a healthy new society in the ashes of an empire. They have barely begun when three separate armies attack. As the siege tightens, an ancient legend seems to offer a glimmer of hope. But even if it really exists, no one knows where to find the Well of Ascension or what manner of power it bestows. It may just be that killing the Lord Ruler was the easy part. Surviving the aftermath of his fall is going to be the real challenge. This book is so slow . I was bored through the middle, but I still trudged on. I'm so glad I did. The last fifty pages of this book had me at the edge of my
1 comment
Read more 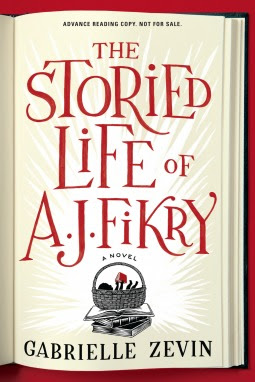 Title:  The Storied Life of A. J. Fikry Author: Gabrielle Zevin Genre: literary fiction My rating: 4 of 5 stars Goodreads description: On the faded Island Books sign hanging over the porch of the Victorian cottage is the motto "No Man Is an Island; Every Book Is a World." A. J. Fikry, the irascible owner, is about to discover just what that truly means. A. J. Fikry's life is not at all what he expected it to be. His wife has died, his bookstore is experiencing the worst sales in its history, and now his prized possession, a rare collection of Poe poems, has been stolen. Slowly but surely, he is isolating himself from all the people of Alice Island-from Lambiase, the well-intentioned police officer who's always felt kindly toward Fikry; from Ismay, his sister-in-law who is hell-bent on saving him from his dreary self; from Amelia, the lovely and idealistic (if eccentric) Knightley Press sales rep who keeps on taking the ferry over to Alice Island, refusing t
1 comment
Read more

Review: In the Woods 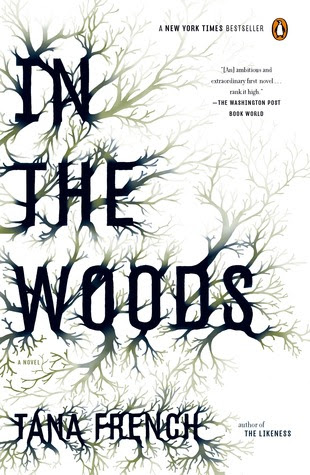 Title:  In the Woods Author:  Tana French Genre: mystery, psychological thriller, adult fiction My rating:  4.5 of 5 stars Goodreads summary: As dusk approaches a small Dublin suburb in the summer of 1984, mothers begin to call their children home. But on this warm evening, three children do not return from the dark and silent woods. When the police arrive, they find only one of the children gripping a tree trunk in terror, wearing blood-filled sneakers, and unable to recall a single detail of the previous hours. Twenty years later, the found boy, Rob Ryan, is a detective on the Dublin Murder Squad and keeps his past a secret. But when a twelve-year-old girl is found murdered in the same woods, he and Detective Cassie Maddox—his partner and closest friend—find themselves investigating a case chillingly similar to the previous unsolved mystery. Now, with only snippets of long-buried memories to guide him, Ryan has the chance to uncover both the mystery of the case before
Post a Comment
Read more

Top Ten Tuesday is a meme hosted by  The Broke and the Bookish . This week's theme: Top Ten 2014 Release I'm Dying To Read I could only come up with 8 from next year that I really want to read - a lot of the books I want to read were published this year :) Ruin and Rising (Grisha #3) Cress (Lunar Chronicles #3) Mortal Heart (Grave Mercy #3) Dreams of Gods & Monsters (Daughter of smoke and bone #3) Ruins (Partials #3) Sinner (Wolves of Mercy Falls #4) Burn (Pure #3) We Were Liars
2 comments
Read more
More posts