Showing posts from 2015
Show all

Hello lovely readers, I'm having a bit of a blogger crisis/life crisis/everything-crashing-down-and-driving-me-crazy-all-at-once crisis, so I definitely won't be blogging any time before the end of the year. I don't know if I will be back in January; I'll see if having December to deal with life and catch up on reviews and breathe will be enough. I wasn't successful in my search for a co-blogger, so I'm just going to hope that taking a very large chunk of time off will help me get back on my feet! If I'm still floundering next year, I may have to say goodbye to this little space on the internet. I don't know if I'll be blogging again in the near future, but I will definitely still be reading and flailing on twitter! I hope your winters are going better than mine :) Cheers, and happy holidays!
Post a Comment
Read more

Time for a Co-blogger? 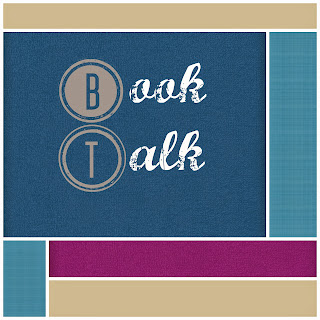 Hey lovely readers, I love my blog, and I love posting about how much I love books and getting really excited about books with all of you. Lately I just haven't had the time to post as much as I would like. My blog has been pretty low-key, and I've never posted daily, but now my posts are coming less and less frequently. I constantly want to take a break from blogging even though I'm barely posting once or twice a week. Blogging is starting to feel like work. I feel a little burned out, and I thought about doing yet another hiatus to get back on my feet, but I don't think that's the answer. I thought about this for a really long time, and I think I want to find a co-blogger. For me, not having time to write blog posts is only half the battle. I think I also need a friend to say "You can get through this" and occasionally read books with or fangirl over the newest Sanderson novel with. I think having a co-blogger would help me not just with h
Post a Comment
Read more

Top Ten Tuesday is a meme hosted by  The Broke and the Bookish . This week's theme:  Top Ten Halloween Books for the Faint of Heart I'm a really big scaredy-cat when it comes to horror. I get disturbed really easily and  I don't like reading books that are dark without any light-hearted parts or nice warm-fuzzies to balance them out. So here's a few creepy/Halloween-themed books that I liked and didn't freak me out too much!   This book is full of ghouls and ghosts and other things that stalk the night, but it's actually a really endearing coming of age story :)   This book terrified me when our 3rd grade teacher read it to us in class, but I loved it anyway. It's sinister and creepy without being gory or over-the-top.   I liked The Diviners better than Lair of Dreams, but this one is still a lot of fun and features ghosts and a lot of mysterious happenings.   This book isn't technically Halloween bu
Post a Comment
Read more

Review: Made to Kill 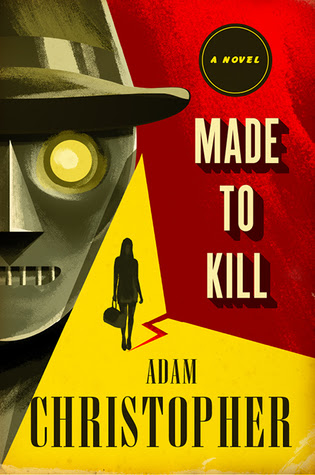 Title:  Made to Kill Author:  Adam Christopher Genre: Science fiction, Mystery, Historical Fiction My rating: 3 of 5 stars Goodreads Summary: In an alternate version of 1960s Los Angeles, the world’s only robot detective has been turned into a hit man by his corrupted master computer. Ray is good at the job, too—not only does nobody suspect the world’s last robot is a hit man, his fame allows the Electromatic Detective Agency to continue as the perfect front, and with a twenty-four-hour memory limit, he sure can keep a secret. When a woman arrives at the agency wanting to hire Ray to investigate the brutal murder of a priest, his attempts to dissuade her are overruled when she produces a lucrative advance payment. Profit is profit, and Ray accepts the job, even though the woman demands total anonymity. She tells them not to try to reach her—she’ll call when the time is right—and she vanishes into the city. Ray’s investigation leads him into a dark world of Hollywood intrigue,
Post a Comment
Read more

Top Ten Tuesday is a meme hosted by  The Broke and the Bookish . This week's theme:  Top Ten Wishes for the Book Genie This is so easy! I have so many book wishes haha Finally go to a Sanderson signing This almost happened this month during the Shadows of Self Tour, but life happened and I didn't get to go to the SoCal signing/my mom couldn't make it to the Bay area one  :( IT'S OKAY ONE DAY I WILL ACTUALLY GET TO MEET ONE OF MY FAVORITE AUTHORS AND IT WILL BE AWESOME. Another thing I was really looking forward to but fell through this year: ALA was in SAN FRANCISCO and I was really excited because it's so close to home and for once I wasn't in school so I could definitely go... but life happened and my family was across the country during ALA. Book Genie, please get me to a book conference sometime soon? This one is an impossible wish, but please make more time in the day so I can read ALL THE BOOKS? And another impossible wish: Please
Post a Comment
Read more

Review: A Discovery of Witches 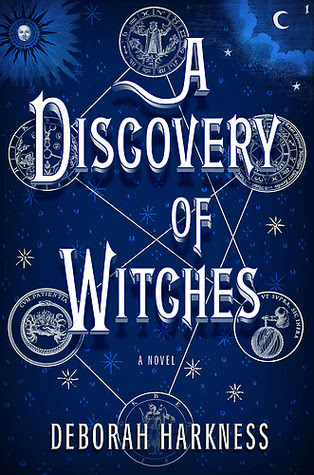 Title:  A Discovery of Witches Author:  Deborah Harkness Genre: literary fiction, urban fantasy My rating: 4 of 5 stars Goodreads Summary: Deep in the stacks of Oxford's Bodleian Library, young scholar Diana Bishop unwittingly calls up a bewitched alchemical manuscript in the course of her research. Descended from an old and distinguished line of witches, Diana wants nothing to do with sorcery; so after a furtive glance and a few notes, she banishes the book to the stacks. But her discovery sets a fantastical underworld stirring, and a horde of daemons, witches, and vampires soon descends upon the library. Diana has stumbled upon a coveted treasure lost for centuries-and she is the only creature who can break its spell. Debut novelist Deborah Harkness has crafted a mesmerizing and addictive read, equal parts history and magic, romance and suspense. Diana is a bold heroine who meets her equal in vampire geneticist Matthew Clairmont, and gradually warms up to him as their al
Post a Comment
Read more 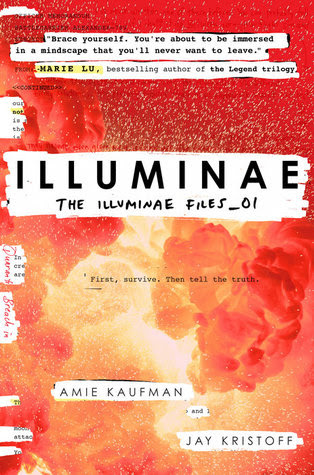 Title:  Illuminae Author:  Amie Kaufman , Jay Kristoff Genre: Science fiction, young adult My rating: 5 of 5 stars Goodreads Summary: This morning, Kady thought breaking up with Ezra was the hardest thing she’d have to do. This afternoon, her planet was invaded. The year is 2575, and two rival megacorporations are at war over a planet that’s little more than an ice-covered speck at the edge of the universe. Too bad nobody thought to warn the people living on it. With enemy fire raining down on them, Kady and Ezra—who are barely even talking to each other—are forced to fight their way onto an evacuating fleet, with an enemy warship in hot pursuit. But their problems are just getting started. A deadly plague has broken out and is mutating, with terrifying results; the fleet's AI, which should be protecting them, may actually be their enemy; and nobody in charge will say what’s really going on. As Kady hacks into a tangled web of data to find the truth, it's clear only
Post a Comment
Read more

Here's my stop on the BFF Blog hop, hosted by Swoony Boys Podcast and Fiction Fare ! Also posting today are The Novel Orange , Don't Fold the Page , The Reader and the Chef  so be sure to check them out! I thought this would be a fun way to get to know other book bloggers and spread the love, and hunting for awesome bookstagrammers was a lot of fun. Most of them are twitter friends who also have bookstagrams, but I found a few new ones tooHere are a few awesome ones I found: A photo posted by Isabella Davila (@bookishbookblog) on Sep 27, 2015 at 2:35pm PDT This one was new to me, but I loved all the trinkets and color coordination that goes into featuring different books! A photo posted by Alison ❁ 19 (@crimeofrhyme) on Oct 3, 2015 at 8:50am PDT I found this one while I was hunting for new bookstagrammers, and I just can't wrap my head around how gorgeous all of these photos are. Just wow. A photo posted by Brittany S.
Post a Comment
Read more

I know it's only October, and I've got a good 3 months more to read all sorts of fantastic books, but I'm really excited about some of these and I just can't wait until December to tell you all to read them! Here are some of my favorite reads (some ARCs, some not) from this year. Fantasy Uprooted is one of those books that is really slow and you don't realize how much you're falling for it until you're halfway through and you realize you just can't put it down. It's lyrical and beautiful, but it also has one of the most unconventional fantasy protagonists I've ever written. Agnieszka is an unapologetic klutz and actually pretty terrible about learning how to control her magical powers, but she's also fiercely loyal and headstrong and brave. The setting is such a big part of this story, which I loved. No surprises here! I cannot believe how much this series has changed from book 1 to book 4. I really disliked the fir
Post a Comment
Read more
More posts