As part of Sci-Fi month, hosted by Rinn Reads, I had a chance to interview award-winning author Chris Beckett. He had a lot of interesting things to say about his newest novel, science fiction, writing. 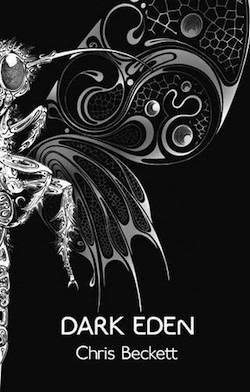 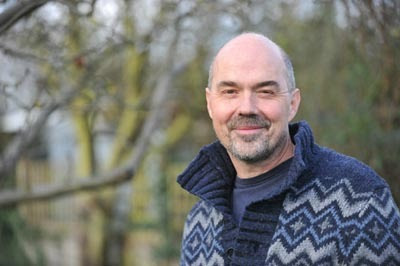 He has been a senior lecturer in social work at APU since 2000. He was a social worker for eight years and the manager of a children and families social work team for ten years. Beckett has authored or co-authored several textbooks and scholarly articles on social work.

Beckett began writing SF short stories in 2005. His first SF novel, The Holy Machine, was published in 2007. He published his second novel in 2009, Marcher, based on a short story of the same name.

Paul Di Filippo reviewed The Holy Machine for Asimov's, calling it "One of the most accomplished novel debuts to attract my attention in some time..." Michael Levy of Strange Horizons called it "a beautifully written and deeply thoughtful tale about a would-be scientific utopia that has been bent sadly out of shape by both external and internal pressures." Tony Ballantyne wrote in Interzone: "Let’s waste no time: this book is incredible."

His latest novel, Dark Eden, was hailed by Stuart Kelly of The Guardian as "a superior piece of the theologically nuanced science fiction".
Dark Eden was shortlisted for the 2012 BSFA Award for Best Novel.

On 27 March 2013 it was announced that Julian Pavia at Broadway Books, part of the Crown Publishing Group, had acquired the US rights to Dark Eden and Gela's Ring from Michael Carlisle at Inkwell Management and Vanessa Kerr, Rights Director at Grove Atlantic in London, for a high five-figure sum (in US dollars).

Beckett comments on his official website: "Although I always wanted to be a writer, I did not deliberately set out to be a science fiction writer in particular. My stories are usually about my own life, things I see happening around me and things I struggle to make sense of. But, for some reason, they always end up being science fiction. I like the freedom it gives me to invent things and play with ideas. (If you going to make up the characters, why not make up the world as well?) It’s what works for me."

Here is the interview: