It's Sci fi month hosted by Oh, the Books! and Rinn Reads!

Sci-fi month is almost over, but it has been a really fun month! I've gotten to talk about all sorts of things with other book lovers and sci-fi enthusiasts, from favorite books to pet peeves to awesome TV shows and movies. I wanted to close with a look at how my sci-fi bingo challenge went, since I think it does a pretty good job of encompassing most of the things I did this month. 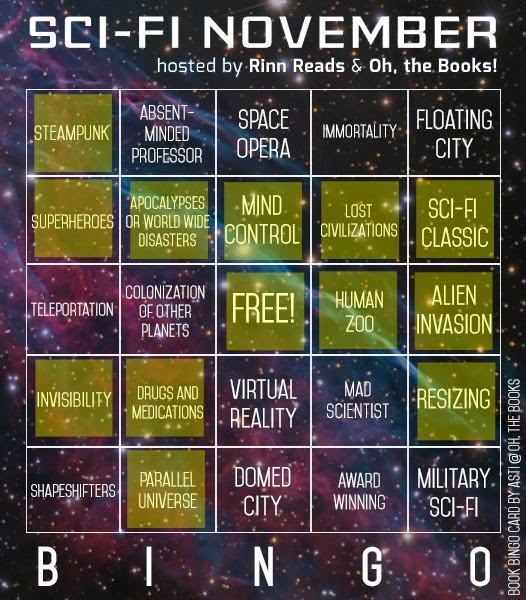 The yellow squares are the ones that I have completed. A lot of them are from TV shows and short stories, since I didn't have much time to read many books this month. Here's what I've been up to this month:

1. Steampunk – Rogues Anthology: “A Year and a Day in Old Theradane” by Scott Lynch