Last year I got really ambitious and tried to fill out a bingo card for sci-fi and fantasy.

That didn't turn out so well, since about halfway through the year I just got too busy to try and read the books on my chart. I decided I wasn't going to do any reading challenges this year, but then I remembered a fun one I used to do that doesn't require too much effort.

It's called the A-Z challenge, and it's basically exactly what it sounds like. You try and read books that start with every letter of the alphabet!

There are some variations: some people only count titles, some do authors, and some count both interchangeably. I'm going to try doing just titles, but if I get stuck I might amend that to include authors :)  There are also obviously some letters that are really hard to find at the beginnings of words, so for Q, X, and Z as long as it's somewhere in the title/author's name it'll count.

So here's my A-Z chart, filled out with what I've read so far this year: 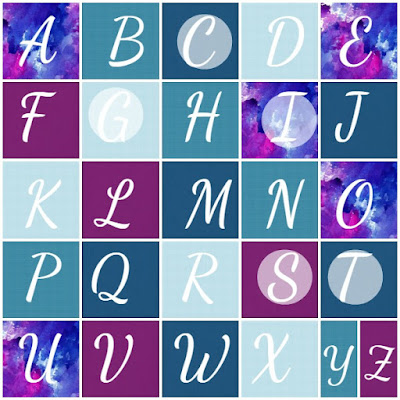