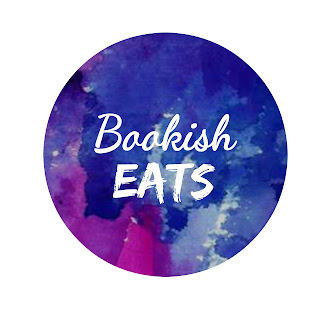 Empire of Storms has been quite a polarizing book in the SJM fan world, and I went into it with both eyes wide open. I wasn't expecting it to be spectacular, I knew there were things that would annoy me, but I also knew that SJ Maas has proved my skepticism wrong on multiple occasions.

I don't know how she does it, but somehow I will spend most of the book rolling my eyes and waiting for things to happen and not really caring about anyone, but then towards the end things will come together in this giant emotional crescendo and I will just be so overcome with FEELS that I put on my rose-colored glasses and decide I liked the whole book quite a bit!

So...what does this have to do with macarons?

Macarons, the ones with a single "o", are adorable, tiny little French cookies. They are delicious. They are also at least $2-3 each and after my baking adventure I totally understand why. These things are so temperamental. It's almost impossible to get them right on the first try, and honestly, I wasn't expecting this baking adventure to turn out very well. Eyes wide open, see?

A few other points for how making pistachio macarons reflects my experience of reading Empire of Storms:

And now for the macaron making process! This recipe was very labor intensive, so I enlisted some friends to help me. We ended up making a vegan version because one of my friends is vegan, and we discovered that if you whip the liquid that comes in a can of chickpeas you end up with this meringue-y goodness: 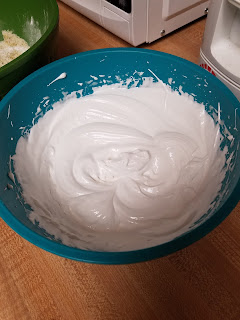 who knew chickpea water could look so good??

We made pistachio flavored macarons using ground up pistachios and almond flour. In hindsight we probably should have sifted the ground nuts so we didn't end up with such lumpy batter... 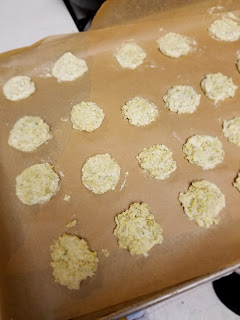 but who cares how lumpy the cookies are when they taste heavenly? 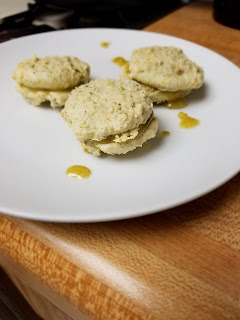 These macarons took an immense amount of effort but they were absolutely worth it in the end. I think that about sums up my feelings about the ToG series so far. I've disliked some characters/books, and sometimes it takes a lot of effort for me to get through the series, but in the end the books grow on me and I am still very much enjoying this series.

Anyone else brave enough to try baking macarons? Any thoughts on Empire of Storms?