It's been a couple of months since the last update, and we're just about halfway through the year. Thankfully I'm more than halfway through the alphabet! Unfortunately this means I'm hitting a lot more letters that are difficult to find at the beginnings of titles, so fingers crossed that I'll actually be able to get to them all :D 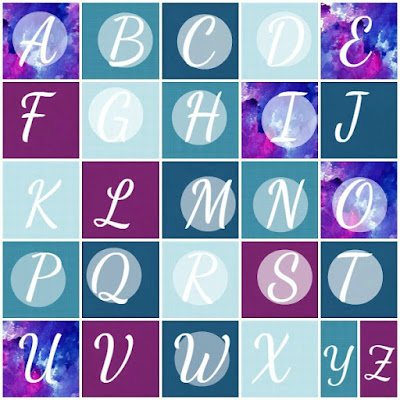 I read a lot of books between March (my last update) and now that started with the same few letters that I had already read. It looks like I'm going to have to start consciously finding books that start with certain letters of the alphabet, because chance can only get me so far! I really enjoyed all three of the books I added to the list this time around, which is funny because they could not be more different. Warbreaker had a rich, colorful world, and despite a few dark scenes it was generally a vibrant and fun book. On the other hand Nevernight was a very dark and bloody fantasy with a dose of dry humor. Prelude to Foundation started out as a rather dry and slow science fiction book, but ended up having insane twists and revelations at the end. The only thing I can say about all three books was that I adored the main characters - just goes to show how much my reading style has changed over the years from a plot reader to a character reader (but more on that later).