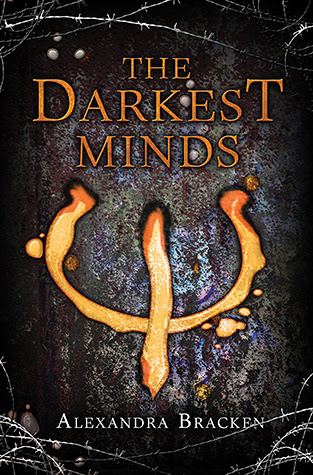 Goodreads Summary:
When Ruby woke up on her tenth birthday, something about her had changed. Something alarming enough to make her parents lock her in the garage and call the police. Something that gets her sent to Thurmond, a brutal government “rehabilitation camp.” She might have survived the mysterious disease that’s killed most of America’s children, but she and the others have emerged with something far worse: frightening abilities they cannot control.

Now sixteen, Ruby is one of the dangerous ones.

When the truth comes out, Ruby barely escapes Thurmond with her life. Now she’s on the run, desperate to find the one safe haven left for kids like her—East River. She joins a group of kids who escaped their own camp. Liam, their brave leader, is falling hard for Ruby. But no matter how much she aches for him, Ruby can’t risk getting close. Not after what happened to her parents.

When they arrive at East River, nothing is as it seems, least of all its mysterious leader. But there are other forces at work, people who will stop at nothing to use Ruby in their fight against the government. Ruby will be faced with a terrible choice, one that may mean giving up her only chance at a life worth living.


Although this book had a slow start, I ended up enjoying it. I had heard a lot about this book, and the premise seemed unique. The whole kids with superpowers has definitely been done before, but I thought this book had a unique spin in the situation.

The story follows Ruby, one of the children that survived her tenth birthday and developed superpowers (classified by color). She is sent to Thurmond, a facility to sort, control, and train these kids. Thurmond is actually a thinly veiled concentration camp, and when Ruby is given a chance to escape, she thinks life will only get better. It turns out that the world is a darker place than she imagined, and she with realizes that she isn't really are anywhere at all.   At first, I was very confused by the world. I felt like we were thrown into the world with no idea what it meant to be green, red, blue, or orange. I also had very little understanding of how the powers manifested themselves and how the whole system worked. The second half of the book clarified things a lot more, by I still felt like there could have been more explanation of where the disease came from, why certain children died, and what determined the "color" of the survivors.

The first half of the book was also slow, and I didn't like Ruby very much. She didn't have much of a personality, but thankfully she grew quite a bit as the book progressed. I liked the story a lot more once Ruby meet Liam and the others. Clancey was quite frightening, and I thought the ending was sufficiently action packed and intense to make up for the slow start. The very end in particular made me want to punch someone!

I did enjoy this book, but I probably won't be returning for the sequel.