It's the final week of the Way of Kings Readalong! This week we are finishing up the book (pages 811-1002).


Again, you can tweet your thoughts and updates to me @spidersilksnow and use the hashtag #WoKRA. If you're joining late, you can always comment on older posts or link me to your posts whenever you have them up.


What has happened so far (spoilers!):

Dalinar experiences a vision of the Day of Recreance, when all the Radiants abandoned humanity. He is surprised to note that some of the highprinces are darkeyes. In the real world, he convinces Sadeas to join him and surprises everyone with their success.

Shallan:
Shallan continues to figure out how to use the soulcaster, with no luck. The strange creatures in her drawings begin to appear more and more frequently, and she unknowingly transports herself to Shadesmar. On her return she soulcasts a glass into blood, cuts herself to explain it, and gets admitted to the hospital for attempted suicide. She has the perfect escape plan, now that Jasnah thinks she's overworked, but Kabsal's poisoning leads to her returning the soulcaster to Jasnah and being disgraced and abandoned in her hospital bed.

Kaladin has gone back and forth a couple more times on whether it's possible to save his men and how to overcome the obstacles the new lighteyes throw in Bridge 4's way. He sees Adolin defend a supposed prostitute for no apparent reason and is puzzled by his selflessness - Kaladin distrusts lighteyes, and for good reason. In the chapter Child of Tanavar, he has a Dalinar-esque vision where he witnesses Szeth after Gavilar's murder and hears the words "ODIUM COMES." He also accidentally performs lashings and Syl admits that she is related to his new powers. They argue about whether she is causing them or simply appearing at the same time, like rainspren. Kaladin also briefly meets Wit (introduced as Hoid), who says he's going away for a while. He gives Kaladin a story and a flute as they part ways.

In Kaladin's past, his brother Tien is drafted into Amaram's army as part of Roshone's revenge, and Kaladin offers to join him. Later on, we find out that Kaladin killed the shardbearer who slayed his men (including Cenn from the prologue!) and that Amaram took the credit for himself and had Kaladin branded as a deserter. Now we know where his deep mistrust of lighteyes comes from...

A lighteyes woman and her two assistants go into rich people's homes and destroy their paintings and sculptures. Their purpose is unclear.

Szeth: Szeth massacres everyone at the King's feast, including a few shardbearers and the king. He experiences a lot of self-loathing, and cries as he kills.

My thoughts and Predictions:

Kaladin volunteering to go along with his brother. It was so hard for me to stop picturing The Hunger Games as I read that scene! It's even more heartbreaking that we know Tien isn't going to make it, even though both Kaladin and Amaram promise to keep him safe.

But then again, we know what kind of bastard Amaram is. Kaladin saves his life and gives the shards he won to his men, and Amaram thanks him by murdering his men and branding him a traitor. If there's one thing I cannot stand, it's betrayal. It's the worst kind of lie - pretending to be honorable while stabbing people where it hurts the most. I guess because I've experienced people breaking my trust, it really hit home when someone you thought was good turns out to be capable of such ugliness. I was SO ANGRY as I read that scene. I think I was already worked up about Kabsal's betrayal a few pages earlier so it ended up being this huge punch in the gut. I had to put the book down and rage for a bit before I could keep reading.

The scene were Kaladin saw Adolin defend the prostitute was so great! We've really only seen Adolin be a whiny little kid until this point, so it was refreshing to see his honor in action. It struck me in particular that Adolin would defend a prostitute of all people, because they are often considered to be part of  the lower (if not lowest) parts of society. For Adolin to brush off all the disgust that most people would feel and go so far as to defend her when he had no reason to was amazing.

Speaking of honorable, I'm still wary of Sadeas. Dalinar is so convinced that he's a good guy, or at least an honorable one, but Adolin's not buying it (and neither am I!). The way we see him from Kaladin's POV makes me think of a slippery eel. He kind of reminds me of Snape from Harry Potter (so maybe he'll redeem himself of all the slime? Not counting on it).

Back to Spren! I was so excited that more people were studying the Spren. So far we have the two from this week's interludes and Axies from last week. We also have Syl proclaiming that she is connected to Kaladin's new abilities. So is she becoming more human and intelligent by being around someone who can absorb and use stormlight? Is he changing her or is she changing him? Symbiotic relationship? SO MANY QUESTIONS. 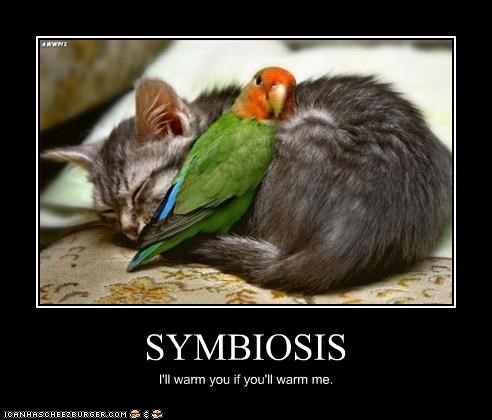 Teft says Kaladin's new powers are the abilities of the radiants, but they're also the abilities of Szeth. Does that mean Szeth and Kaladin are descended from the Knights Radiant? I sense a showdown between those two at some point (probably later on in the series, once Kaladin gets up to Szeth's standards of epic stormlight skills). It would be so ironic if Kaladin ended up fighting to protect Dalinar and co. from Szeth's massacre-hungry masters. We'll see!

Wit mentions "Adolnasium" to Dalinar, and asks him if he's heard of it. I don't remember what it is exactly, but I do remember Sazed from Mistborn talking about it briefly. I wonder if it's related to the Heralds? Perhaps the Heralds went to different worlds and colonized, which is why everyone thinks they disappeared?

There was also a moment where one of Kaladin's men died and spouted those prophetic-sounding words that have been the epigraphs for Part I and IV. I cannot for the life of me figure out what those mean, but maybe by the end of the book it'll become clear.

Other stuff to check out:

The Spren Theory of Disease: Unexpected Science in The Way of Kings: an article on Tor about how Spren influence Roshar's understanding of disease, and how that in turn influences the way the story is constructed. Covers everything from rotspren to psychology to Listerine!

Really cool discussion about the Unmade, the Parshendi, and Shadesmar: Chapter 45
and speculation on Wit/Hoid and Kaladin: Chapter 57