GB Readalong: The Many Faces of Sabetha Belacros

Now that we've finally met Sabetha, we get to open a whole new world of fan art >:)

It seems like people are either "Love her" or "hate her", and it's a lot of fun to see all the different interpretations of our mysterious gentle-lady bastard. 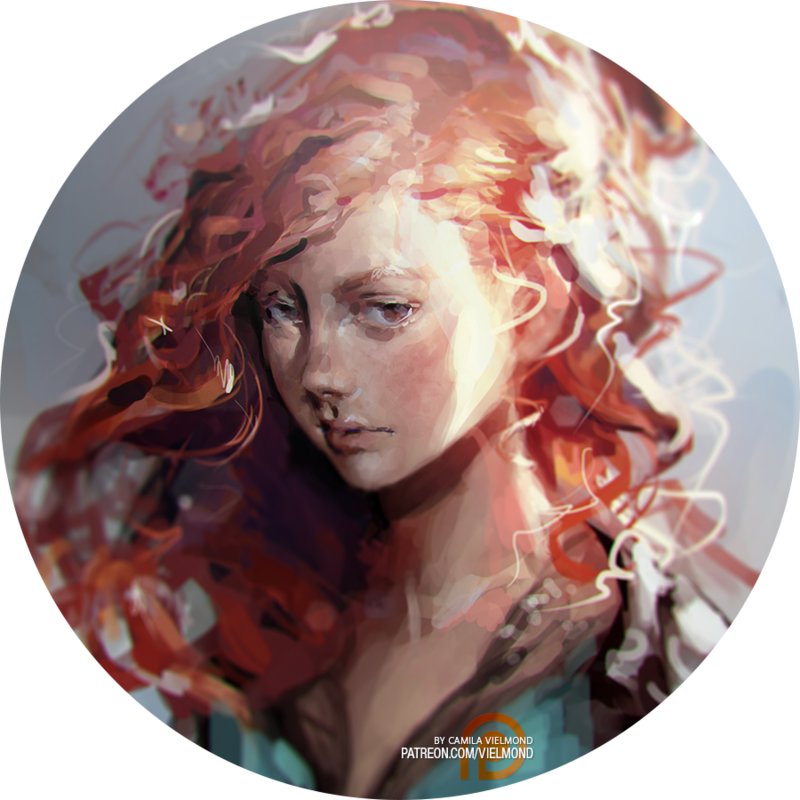 This is the version of Sabetha I associate with Locke's heartbroken fantasies and memories. Locke has made it no secret that his favorite thing about her is that red hair, and look at how prominent it is in every picture of her! This is my least favorite facet of her, because she's hardly a person. This is the mysterious, shadowy force in the background before we get to see her in the flesh in The Republic of Thieves.

The Badass Who Can Outdo Locke

From The Lynch of Locke Lamora

We have already seen baby Sabetha kick ass and out-con Locke at Coin Kisser's row. It is going to be so much fun watching her take on Locke and Jean as adults! Sabetha pulls out all the stops, and doesn't let her confusing feelings get in the way of a job well done. This girl is FIERCE.

I think this is part of next week's chapters, but this quote was too good to pass up:

Well… damn. You’re obviously in a mood.”“Am I?” There was danger in her tone. “Am I really? Why should that be exceptional? A boy may be as disagreeable as he pleases, but when a girl refuses to crap sunshine on command the world mutters darkly about her moods.


Yes, Sabetha isn't all sunshine and daisies, and to be honest I hated how stormy and confused she was when I first read Republic of Thieves (MAKE UP YOUR GODS-DAMNED MIND ALREADY, WOMAN!). But now, being a whole year older and wiser, I appreciate how unapologetic she is about her feeling angry or hurt. She doesn't just cry and make a fuss and be a typical emotional female, she articulates what's bothering her to Locke's face and expects him to be enough of a human being to treat her like a human being too. Her trademark temper is now one of my favorite things about her!

What sides of Sabetha have you seen? Do you love her or hate her? Mixed feelings?