Goodreads Summary:Once upon a time, a girl had a father, a prince, a society of friends. Then they betrayed her, and she destroyed them all.
Adelina Amouteru’s heart has suffered at the hands of both family and friends, turning her down the bitter path of revenge. Now known and feared as the White Wolf, she flees Kenettra with her sister to find other Young Elites in the hopes of building her own army of allies. Her goal: to strike down the Inquisition Axis, the white-cloaked soldiers who nearly killed her.
But Adelina is no heroine. Her powers, fed only by fear and hate, have started to grow beyond her control. She does not trust her newfound Elite friends. Teren Santoro, leader of the Inquisition, wants her dead. And her former friends, Raffaele and the Dagger Society, want to stop her thirst for vengeance. Adelina struggles to cling to the good within her. But how can someone be good when her very existence depends on darkness?
Bestselling author Marie Lu delivers another heart-pounding adventure in this exhilarating sequel to The Young Elites. 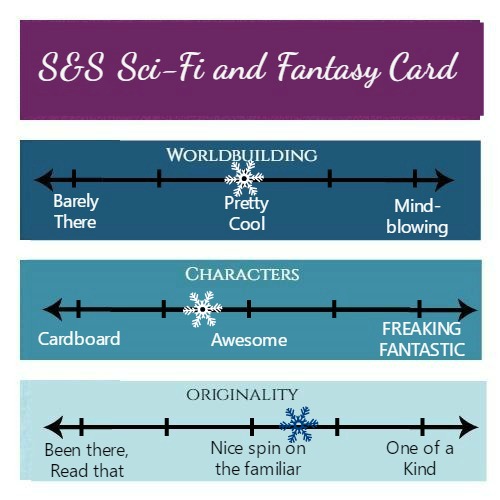 This isn't nearly as dark as I was expecting it to be, and frankly I was disappointed after such a phenomenal first book. I still liked this series, but I wasn't blown away :/

After the end of book 1, I expected Adelina to be a lot more unhinged than she was in this one. Yes, she definitely is showing signs of losing her grip on reality and losing control of her wild anger and need to hurt other people, but she wasn't as terrifying or reckless as I was expecting. I also was disappointed by the characterization of some of the new characters. I was just expecting so much more in terms of complexity and rivalries and complex relationships, but this book seemed like a step down from the first one.

I found myself bored with this book a little over halfway through. I kept waiting for the other shoe to drop and the plot to move forward, but it seemed like every step forward was accompanied by a step back and the book never really moved anywhere.

I can't quite put my finger on what I disliked about this book, but it seems like my general complaint is that there could have been more of everything: more intensity and darkness, more complex relationships, and a faster/more twisted plot. I'm hoping for a stronger finish to this series, since I was initially very excited about an anti-hero story. We'll see how I feel about book 3!