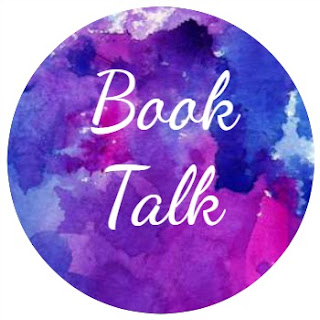 Let me start off this post with a universal truth: Neil Gaiman is freaking brilliant, and his imagination is unparalleled.

There, now that that's out of the way, we can talk a little bit about why I have such a love-hate relationship with his books and stories.

Some of his books are truly some of the most gorgeously written books I have ever read. They're so rich and full of fantastical creatures that I would never have been able to think of my own head; even cliche creatures like fairies and princes and every-day-nobodies all have some sort of endearing or terrifying twist that makes them seem fresh and new no matter how many times you've read that kind of story before. Stardust and Neverwhere are two of my favorite Neil Gaiman books, and Neverwhere is one of my favorite  books, period.

I also really liked the hilarious Anansi Boys, and I don't know if "liked" is the right word for how 3rd grade me felt about Coraline when our teacher read it out loud to us in class, but it definitely terrified me in the best way possible. I also adored Good Omens but my favorite parts were definitely the Terry Pratchett parts so I'm not sure that counts :)

And then there's the Neil Gaiman books I want to love but I just can't. I definitely appreciate American Gods. The concept is so interesting and brilliantly thought out. I've read it once, and it was quite an experience...it creeped the hell out of me but I really wanted to power through because I knew there would be a good payoff at the end. And there was! I tried re-reading it with Jessie over the past couple of weeks, and neither of us could make ourselves keep reading.

Most of the time I can't wait to keep reading a book that I'm in the middle of, and I read books to keep myself sane when I'm studying for midterms or working on a really intense project. Somehow every time I thought of taking a break and reading American Gods, my brain flipped a switch and decided, Nope, let's just keep working. The book is just so creepy and makes your stomach roil and it's just not the kind of dark place I want to spend my time in.

Ocean at the End of the Lane was also a miss for me, but that one was mostly because I was bored and I just didn't get it. I can appreciate why so many other people love it, but I feel like maybe I'm too young to appreciate the nostalgia of childhood as much as some other readers because most of the time I feel like my childhood wasn't actually that far away.

And then there's the Snow white retelling. One of my friends showed me a short story they read for a class (Snow, Glass, Apples), and I was really excited to read Snow White from the perspective of the villain. What I got was a dark, disturbing story that involved everything from necrophilia and pedophilia to incest. Also I think Snow White was supposed to be a vampire. It was TERRIFYING. Sometimes it scares me that Neil Gaiman's imagination goes into such dark places, because how disturbed do you have to be to come up with such disturbing images? But then I remember this is the same guy who wrote Neverwhere and Stardust, which both have their disturbing moments but are generally happy fairy tales.

I guess the books I have enjoyed have been on the lighter side of Neil Gaiman's terrifying imagination. Still, there's something to be said that even though I have loved and hated an almost equal number of books by him, if I ever see a new Neil Gaiman book, I'll probably read it. I don't really know what that says about me haha

Have you ever had a love-hate relationship with an author's books before? How do you feel about some of these Gaiman stories?