Goodreads Summary:
Aerial combat brings a thrilling new dimension to the Napoleonic Wars as valiant warriors ride mighty fighting dragons, bred for size or speed. When HMS Reliant captures a French frigate and seizes the precious cargo, an unhatched dragon egg, fate sweeps Captain Will Laurence from his seafaring life into an uncertain future – and an unexpected kinship with a most extraordinary creature. Thrust into the rarified world of the Aerial Corps as master of the dragon Temeraire, he will face a crash course in the daring tactics of airborne battle. For as France’s own dragon-borne forces rally to breach British soil in Bonaparte’s boldest gambit, Laurence and Temeraire must soar into their own baptism of fire. 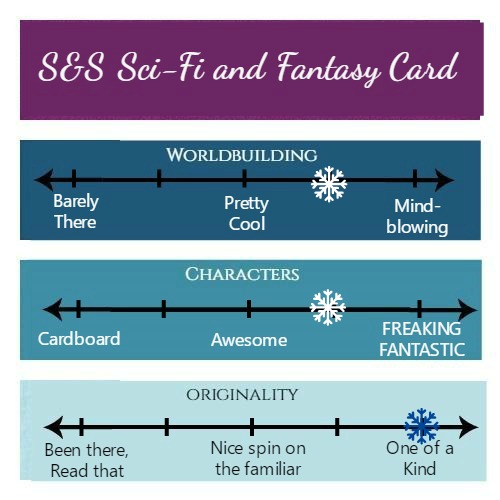 Temeraire is so cool! Laurence...not so much.

I first heard of Naomi Novik a couple of years ago, and I put His Majesty's Dragon on my TBR pile. Unsurprisingly, I didn't get to it for a long time. Once I read (and loved) Uprooted last year, though, I just had to read her Temeraire series! HMD isn't quite as lushly written as Uprooted, but then again it isn't a fairy tale. They are just such different books that I'm not going to try and compare them.

HMD starts out with a ship captain, Will Laurence, trying to capture the treasure onboard a French ship. It turns out that treasure is an unhatched dragon egg, and Captain Laurence feels sorry for the unlucky fellow who will have to give up his respectable service in his Majesty's navy to go join the less well-respected Aerial corps. No prizes for guessing that Laurence himself is the one who has to leave his ship and his crew to go train a dragon.

I really loved how this book re-imagined the Napoleonic wars. It just makes so much sense that crews would fly dragons around to bomb other areas and wreak havoc on their enemies. It's almost like having your own intelligent fighter plane! But the dragons in this book are hardly treated like possessions. All of the dragons share a special bond and mutual respect with their handlers, except a select few. I really enjoyed getting to see how close the riders were with their dragons and among themselves.

This is above all a book about friendship, and Temeraire stole my heart. He's so inquisitive and intelligent, and intensely loyal. When Laurence tries to tell him that sometimes he'll have to make choices he doesn't want to in order to follow the king's orders, Temeraire refuses to obey anything that goes against his own heart. I'm excited to see how Temeraire grows and matures throughout the future books.

I wasn't a huge fan of Will Laurence. He was not only really, really dull, he also had so many annoying stereotypes in his head. For example, he tells a young girl in the corps that she can't go into town on her own at night because of "unsavory activities" that might befall her. I understand safety is an issue for young women in this particular historical context, but when the young woman is perfectly capable of handling herself, why be so condescending? Laurence is constantly making judgments about other people who aren't as rich or noble as him, who aren't as disciplined and courageous as him, who aren't manly men like him. It was pretty tiresome. He does grow more open-minded as the story progresses, so that was good.

There isn't much of a plot to this book; it's mostly just getting to know all the characters. There are some battles and a conspiracy or two, but don't expect nonstop action when you pick this up. I would definitely recommend it though, if only to experience a fictional friendship like no other!